Quantifying Misdiagnosis and Calling for ACTion on Capitol Hill

The Society to Improve Diagnosis in Medicine (SIDM) leveraged this research to raise awareness among physicians, congressional staffers, reporters, and the public, and to reiterate the need for everyone to focus on finding solutions to the crisis of misdiagnosis. 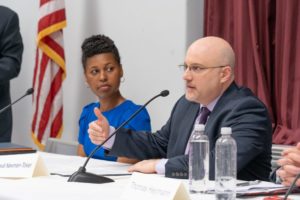 On July 11, Paul Epner, MBA, MEd, chief executive officer and co-founder of SIDM, conducted radio interviews with stations such as NBC News Radio, and David Newman-Toker, MD, PhD, director of the Johns Hopkins Armstrong Institute for Patient Safety and Quality’s Center for Diagnostic Excellence, president of the board of SIDM, and lead author of the research, conducted TV interviews with CBS, ABC, NBC, and FOX affiliates from across the country. Collectively, they spoke to dozens of stations to raise awareness of the issue among the public.

Following the morning media interviews, SIDM hosted an event on Capitol Hill to reveal the findings and offer insights into what can be done to reduce the impact of misdiagnosis. Speakers highlighted Congress’s role in reducing the physical and financial toll that inaccurate and delayed diagnoses take on Americans. More than 50 congressional staffers, reporters, and healthcare stakeholders attended in person, and more than 150 people joined via webcast. The event and research were covered in Modern Healthcare and Medscape, in addition to several other healthcare-focused publications, thereby reaching the physicians, nurses, and clinical staff who make diagnoses every day.

“As many as 12 million adults receive an inaccurate or delayed diagnosis annually here in the U.S.,” said Epner. “They carry a staggering price tag—not only in terms of the lives they negatively impact, but also in the more than $100 billion they cost our healthcare system annually.”

Diana Cejas, MD, MPH, a pediatric neurologist, highlighted the impact that her delayed cancer diagnosis continues to have on her life and career, bringing the issue to life for attendees.

“I don’t blame my physicians. My form of cancer was extremely rare, but as a physician, I find myself on the patient’s side more than ever,” she explained. “Because of my experience, I’m less inclined to dismiss a patient’s concerns.” 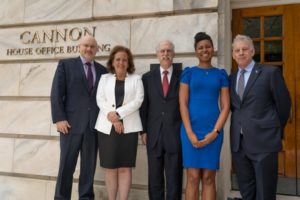 “It is not just inconvenient to have a wrong or delayed diagnosis. For many patients, misdiagnosis causes severe harm and expense, and in the worst cases, death,” said Dr. Newman-Toker. “If we’re going to reduce serious harms from medical errors, major strides must be made to improve diagnostic accuracy and timeliness.”

The research team analyzed more than 55,000 malpractice claims from CRICO Strategies’ CBS (Comparative Benchmarking System) database and found that one-third (34%) of malpractice cases that result in death or permanent disability stem from an inaccurate or delayed diagnosis, making it the number one cause of serious harms among medical errors.

They also found that of the diagnostic errors causing the most harm, three quarters (74.1%) are attributable to just three categories of conditions: cancer (37.8%), vascular events (22.8%), and infection (13.5%).

Thomas Heymann, MBA, president and executive director of the Sepsis Alliance, shared the many actions that his organization is taking to reduce instances of sepsis, one of the disease categories in which inaccurate or delayed diagnoses are most likely to occur. Helen Burstin, MD, MPH, executive vice president and chief executive officer of the Council of Medical Specialty Societies, discussed what physicians can do to improve diagnosis.

These findings come at a time when the federal government is taking inaccurate and delayed diagnosis seriously. In fact, the Agency for Healthcare Research and Quality (AHRQ) has made the reduction of diagnostic errors one of its three strategic priorities for reducing patient harm.

The Coalition to Improve Diagnosis, convened and led by SIDM, is a collaboration of more than 60 leading healthcare organizations focused on ensuring that diagnoses are accurate, communicated and timely.