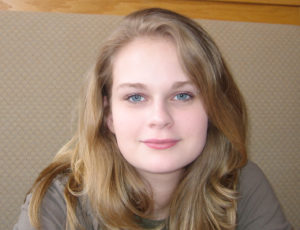 Jessica Barnett was 12 when she started fainting. Her local hospital referred her to a neurologist at one of Canada’s leading children’s hospitals, where she was diagnosed with epilepsy. But the prescribed medicine didn’t help.

“The ambulance was always at our house, and we were at the hospital three or four times per year because she kept having episodes,” says Tanya, Jessica’s mom. “I told our doctors that she wasn’t getting better.”

A Glimmer of Hope

Four years after Jessica began fainting, her grandmother read about Long QT Syndrome (LQTS), a heart rhythm condition that can cause fast heartbeats, fainting, and even seizures—many of the same symptoms as epilepsy.

A LQTS rhythm had shown up on one of Jessica’s first electrocardiograms (ECGs) from her local hospital, so Tanya brought the results to Jessica’s neurologist. He said that Jessica couldn’t have LQTS, because the same heartbeat patterns did not appear in other tests.

Feeling frustrated and dismissed, the family requested an appointment with the hospital’s head neurologist. They immediately asked for a full cardiology work-up to screen for LQTS. Although skeptical, the new neurologist referred Jessica to a cardiologist.

Jessica had a slew of tests—including a Holter monitor test, which records your heart’s activity for 24-48 hours—but her cardiologist said all were negative for LQTS.

“By that point, our neurologist told us that there was nothing more he could do for her,” Tanya remembers.

After Jessica died, the family learned that five of her seven test results had been misread, and that the cardiologist hadn’t even seen the Holter monitor test because the paperwork got lost.

“It felt like they all agreed early on that Jessica didn’t have LQTS, so no one tried finding it,” says Tanya. “What’s even more devastating is that this was a curable disease. Medication could have saved Jessica’s life.”

Still, after this discovery, Jessica’s physicians said that they wouldn’t have changed any course of treatment.

“That was especially painful to hear,” says Tanya. “Health care likes to distance itself from family when misdiagnosis or harm occurs.”

Following Jessica’s death, Tanya thought a lot about what could have been done differently to save her daughter’s life. “I believe that we can honor Jessica’s memory by sharing her story, not to place blame, but to try to improve the system.”

Second: One positive test should be considered a definitive diagnosis of LQTS. “It’s painful to remember that we did have one test showing LQTS, but our neurologist and cardiologist dismissed that possible diagnosis,” says Tanya.

Third: Physicians need a safe place to admit their errors. “Physicians are only human, so it’s not a matter of if they make a mistake, it’s when,” says Tanya. “But from the time they start medical school, they’re taught that they can’t make mistakes, let alone acknowledge them.”

Tanya’s advice to physicians is to listen more to parents. “They know their child best,” says Tanya. “Don’t become defensive or dismissive, because they need to be a valued part of the process.”

Her advice to parents is to trust their gut, and keep pushing. “When you feel something is wrong, voice it,” says Tanya. “You can ask questions, and you can challenge your doctors. After all, they are human, too.”

Do No Harm is the video that Tanya made to describe Jessica’s story.