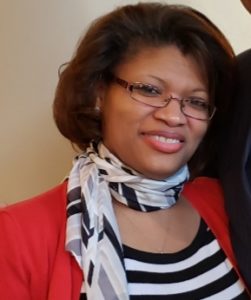 In 2014, Chicago resident Kimberly Rodgers was juggling grad school, a high stress job, and being the primary caretaker for her father. Around this time, she began to experience more frequent migraines and she was unable to sleep for months. Concerned about her health, she consulted her primary care physician, who advised her to see a nutritionist, get clinical massages, and attend anger management classes to relieve her high levels of stress, which her doctor believed to be episodic. Unfortunately, her doctor did not consider her risk factors for stroke nor did she inform Kimberly of them, instead assuming that all of her symptoms were unrelated. This failure to communicate risk factors to the patient would prove to be very dangerous for Kimberly. She did not know it then, but the combination of her symptoms and her family history was brewing up the perfect storm.

From Stressed to Stroke

In the spring of 2014, Kimberly’s symptoms began to worsen drastically. One day she lost her vision while driving on a highway. She was not aware of the dangers of her symptoms at the time, but she would later learn that the loss of vision was a warning sign of uncontrollably high blood pressure.

Then, on April 13, 2014, Kimberly felt a pain in her forehead so sharp she thought it might be the beginning of a migraine. She took ibuprofen and began doing her laundry. Suddenly, she could not figure out the dial on the washing machine. Kimberly knew something was wrong.

“I looked in the mirror and my face didn’t look right,” says Kimberly. “I called my aunt who was a nurse at the time. She heard the way I was talking and told me to go right to the hospital.”

Thankfully she lived three blocks away from Northwestern Memorial Hospital. She immediately hopped in a cab. At the emergency department, the staff informed Kimberly was suffering from a stroke.

Looking back, she realizes there was more that could have been done to prevent her stroke. She recognizes she did not have any cholesterol checks or blood pressure management, and she had not had a full physical exam performed. Kimberly also mentioned to her doctor that her father had suffered from a stroke a few years before, but she believes that information was not taken into account, and she was severely uninformed about her risk factors. She learned after her stroke there is a common test that one can have done to check for blockage in the carotid artery.

“What if my doctor had prescribed a carotid artery examination and a full physical? What if there had been more efforts to educate the minority communities about the symptoms of stroke? Was my young age a factor with the clinician missing the symptoms leading to a stroke?”, she now asks herself. Had she known more about her symptoms and risk factors associated with her family history and lifestyle, she might have been more proactive about her health care. Additionally, it would have made a great difference if she had received comprehensive testing for her symptoms early on, and if she had been included in the diagnostic process.

Born and raised on the south side of Chicago, Kimberly was dismayed by how much misinformation or lack of information about health and disease prevention had been provided to minority communities in the Chicagoland area.

African-American women are twice as likely to have a stroke as white women. They also are more likely to have strokes at younger ages and to have more severe strokes. Kimberly was at a higher risk of stroke based on these statistics, the fact that stroke ran in her family history, and that she had a stressful lifestyle. Unfortunately, these risk factors were not communicated to her when she visited the doctor before her stroke, leading her to remain uninformed and powerless.

After her stroke, Kimberly’s neurologist asked her to join a hospital board to educate minority communities and all women about strokes and preventive measures. The program is called CEERIAS, which stands for Community Engagement for Early Recognition and Immediate Action in Stroke. Kimberly had recently started working on her Master of Arts in Educating Adults at DePaul University, but, given her personal experience with stroke and lack of patient engagement, she decided to change her focus area to educating adults on strokes and heart attacks.

Kimberly currently serves on two boards at Northwestern Hospital helping to provide better approaches to bridging the healthcare gap to minority populations. She speaks at events and conferences about her misdiagnosis journey, hoping to inspire others to be more involved in their diagnostic process.

Kimberly believes that sometimes family members are not open about medical histories because some topics are too sensitive, or they believe they will be jinxed. In response to this cultural habit, Kimberly advocates for being both honest and curious about our medical histories. She believes that all patients need to advocate for themselves and that clinicians should give them the opportunity to become meaningful members of the diagnostic team.

According to the Improving Diagnosis in Medicine Change Package, a diagnostic team operates under two suppositions: “first, that an appropriate diagnosis could have been made earlier in the diagnostic process, or that a patient and/or family member could have been better informed of or involved in the process leading to improved outcomes; and second that the patient and family were actively engaged.” In Kimberly’s case she was not informed, involved, or actively engaged in the diagnostic process, which ultimately put her at a disadvantage.

“I am hoping to bridge the gap between family members so that they can talk openly about their health. Chicago has the largest amount of fatalities in the African-American community due to strokes and I want to change that stat.”

Upon first entry in the diagnostic process, the age, race/ethnicity and/or sex of the patient are the first characteristics that are visible to healthcare providers. There is strong evidence that these visible factors matter in diagnostic decision making.