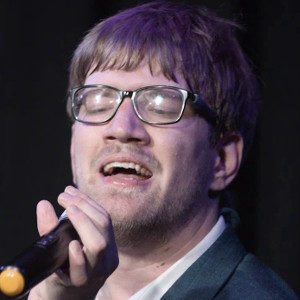 Cal’s parents, Sue and Pat Sheridan, were assured that newborn jaundice was normal and were told not to worry. They were told to put Cal in the window for him to receive sunlight and they were given a brief brochure on jaundice, which did not mention that jaundice can cause brain damage. The new parents scheduled a routine follow-up visit with Cal’s pediatrician seven days after he was born.

Four days after birth, Cal started to breastfeed with a weak suck and became lethargic. His mom called the newborn nursery to tell them that her son was not feeding well, that he was lethargic and still yellow. Sue was asked “are you a first-time mom?” and was then told that sleepiness in newborns is to be expected and not to worry. Nursery staff advised her to unwrap Cal and tickle his feet, and if that didn’t work to call the pediatrician.

The Sheridans immediately called the pediatrician and then took Cal to his office where it was noted that Cal was still visibly jaundiced. The pediatrician did not perform a bilirubin test, telling Sue and Pat to wait 24 hours to see if the baby’s condition would improve.

The next day, Cal’s condition had not improved and, after a visit to the pediatrician, he was admitted to the pediatric unit at the local hospital. Cal’s bilirubin was tested for the first time. The result – Cal’s bilirubin was one of the highest ever recorded at that hospital (34.6 mg/dcl). Standard protocol for such high bilirubin levels called for an immediate blood exchange transfusion, but because of some recent literature about over testing and overtreatment of newborn jaundice Cal’s treatment consisted of only standard phototherapy, or exposure to special lights to help eliminate the bilirubin.

In the afternoon of Cal’s sixth day, while still in the hospital, Cal cried in a high pitch, was experiencing respiratory distress, and started to arch his neck. Unbeknownst to the Sheridans, all of these are signs of kernicterus—brain damage caused by jaundice. While the health professionals at the hospital noted these symptoms, they missed the connection and did not diagnose kernicterus.

Finally, at 18 months of age Cal was diagnosed with a classic case of kernicterus. Sue and Pat learned that Cal had been suffering from brain damage secondary to jaundice since his early days of life. “I will be haunted by that memory and my failure to protect him forever,” says Sue.

From Unsafe Care to Activism

Cal now has athetoid cerebral palsy (a kind of brain damage associated with high bilirubin levels). He uses a walker or scooter to help him get around, his speech is impaired, and he has neurosensory hearing loss and uncontrollable movements of his arms and legs. Despite his disabilities, Cal does not allow his limitations to slow him down.

“We can ALL be agents of change: It takes fury, compassion, aim, drive and creativity,” says Cal, now in his 20s.

Leveraging his love for computers, his sense of humor, and his desire to change the world, Cal has become a playwright and a stand-up comedian, winning the 2013 Kennedy Center VSA Playwright Discovery Award for his play, “Cal Sheridan: Not Suffering.” He was also one of eight artists with disabilities to be featured in the 2015 Kennedy Center’s 25/40 Celebration exhibit celebrating the 25th anniversary of the American’s with Disabilities Act as well as the 40th anniversary of the Kennedy Centers VSA program.

Cal is also an active patient advocate and served as a member of the Society to Improve Diagnosis in Medicine (SIDM)’s Patients Improving Research in Diagnosis (PAIRED) Advisory Council. Cal has been featured in TeamSTEPPS, “Chasing Zero: Winning the War on Healthcare Harm,” “Prevent This”, “To Err is Human,” and other patient safety trainings and documentaries in an effort to create a safer healthcare system, and he continues to present at conferences as an advocate for patient safety.

“Cal’s brain damage was totally preventable and is the result of a series of failures in our medical system,” says Sue. “I am incapable of explaining to my son the justification for his disability. It is precisely what motivates me to advocate for change in our healthcare system.”

Following her son’s delayed diagnosis, Sue also became an advocate for patient safety, and she co-founded and was president of PICK (Parents of Infants and Children with Kernicterus) who helped contribute to the inclusion of a universal bilirubin testing of newborns in revised treatment guidelines regarding jaundice management. She and PICK also partnered with the Centers for Disease Control and Prevention (CDC) that designated kernicterus as an emerging public health issue in September 2002 and funded research on the re-emergence of kernicterus. CDC also developed new parent and professional educational materials on the prevention of kernicterus.

Additionally, Sue served as SIDM’s Director of Patient Engagement from 2018-2019, as well as served as the Patient and Family Engagement Adviser in the Center for Clinical Standards and Quality at the Centers of Medicare and Medicaid Services (CMS), the Director of Patient Engagement of the Patient-Centered Outcomes Research Institute (PCORI) and led the World Health Organization’s (WHO) Patients for Patient Safety initiative, a program under the WHO Patient Safety Program.