Symptom or Side Effect? 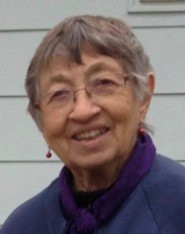 Mildred Barker was a loving mother and grandmother. She was diligent about her health and visited the doctor for regular checkups. She took her medications regularly, let her doctors know if she had a health issue, and went for follow-up appointments whenever necessary. At age 83, she was sharp, still driving, and in good health. Eight years later, at age 91, she died of an undetected adverse reaction to a new treatment for a widely metastatic and preventable cancer in her colon.

“She started experiencing diarrhea and unexplained weight loss at age 83, unbeknownst to myself and my siblings,” her son Edwin Barker explains. Her physician ordered a blood test, which came back inconclusive. Her doctor reasoned the diarrhea may have been a side effect of her diabetes medication, so they changed the diabetes medication dosage and told her to report back in a few weeks. At her next check-up, she reported some improvement in her diarrhea, and her doctor let it go.

This cycle of intermittently recurring diarrhea would continue for seven years until she received news at age 90 that she had colon cancer.

While there was some initial improvement in her diarrhea, it continued to be intermittently recurrent. Each time she saw her primary care physician, her physician would suggest diet modifications, change her medication, or recommend a change in activity, but ordered no additional diagnostic tests. At one point, Mildred took it upon herself to see a gastroenterologist about her diarrhea, who chose not to conduct a stool test. The intermittently recurring diarrhea continued for several years until Mildred got a new primary care physician.

“We later saw there was a note in the second primary care physician’s notes that my mom should see a gastroenterologist, but that recommendation never made it to my mother,” Edwin says. “The diarrhea was always treated as a side effect of something else, not viewed as a symptom of a potentially more serious problem. So, she never told us any of this.”

Mildred was with her family in 2017 when she had a bout of dizziness and fatigue. Her children took her to urgent care, where she was diagnosed as anemic. It was only then that her primary care physician ordered a stool test and referred her to a gastroenterologist for a colonoscopy.

“Prior to this gastroenterology referral in 2017, she had been told that because she was over 80, regular colonoscopies were not recommended,” Edwin explains. “They didn’t tell her that that recommendation did not apply if she was having bowel change symptoms, such as intermittently recurring diarrhea. Consequently, this was her first colonoscopy in years.”

That’s when they discovered the tumor.

The time from Mildred’s first doctor visit where they discussed her diarrhea, to a later doctor diagnosing her with colorectal cancer was seven years. She underwent surgery less than two weeks later to remove the tumor. A few weeks later, she learned that her cancer had already metastasized to her liver, so she elected to be treated with chemotherapy. Mildred received standard chemotherapy treatment for three months, after which she was then switched to a newly approved immunotherapy cancer drug.

“She started feeling weak a few weeks after receiving her first dose of the new immunotherapy cancer drug,” Edwin recalls. “We took her to the hospital.”

The hospital admitted Mildred, but even at her son and daughter’s insistence, her physicians didn’t consider that the weakness symptoms might have been due to an adverse reaction to the new immunotherapy cancer drug she had been taking. She underwent a litany of tests investigating the possibilities of a heart attack, infection, and more. All the while, Mildred continued deteriorating. A week after she entered the hospital, Mildred died.

Mildred’s autopsy revealed that an undetected adverse reaction to the new immunotherapy cancer drug was her cause of death. Her family was upset the hospital physicians hadn’t been more diligent about investigating the possibility of an adverse drug reaction. The warning signs were all there, and a course of steroid treatment could have reversed some of the adverse drug effects.

Ultimately, they just wish the cancer had been discovered earlier.

“Colon cancer is treatable if caught early enough,” Edwin says. “I wish one of us had been in the room with her when she was meeting with her primary care doctors. We could’ve pushed her doctors and gotten her diagnosed earlier. I can’t help but think that she could have had a few more years with us if things had unfolded differently.”

Today, Mildred’s family members are more cautious when visiting their own doctors. Edwin urges everyone over the age of 70 to have someone accompany them to appointments. He recommends that everyone see a doctor regularly and not be afraid to get a second opinion. “Always ask questions, and keep asking them until you get firm answers,” Edwin says. “Even then, get a second or third opinion. It may save your life.”

Tools and Resources
Scroll To Top