One of the Lucky Ones 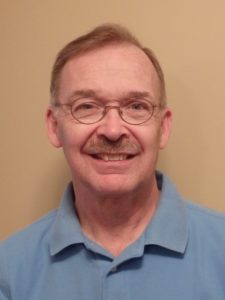 At the age of 50, Barry McKeown learned that he had type 2 diabetes.

“It was my wife who recognized the symptoms,” Barry recalled. “I was fatigued and always thirsty, among other things. She took me to the emergency room, where they diagnosed me with type 2 diabetes.” What he didn’t realize was that they had missed giving him a blood test to confirm the diagnosis.

The diagnosis was not unusual, as the likelihood of developing type 2 diabetes increases after the age of 45. Barry spoke with his physicians about the dietary and lifestyle changes he would need to make to maintain and manage his health.

“I felt like I was being given the information I needed, and the doctors gave me a good education about what diabetes is, what foods to look out for, and the symptoms to watch,” Barry said.

Following the diagnosis, Barry started a diet and exercise plan and began taking oral medication to help manage his diabetes. Barry thought it was funny that the diet and exercise plan he began following was a healthy choice for all people, not just diabetics. The oral medication worked for the first few years, but over time, it became less effective. Again, the decreased efficacy was not unusual, as about five to 10 percent of people with type 2 diabetes stop responding to their medication every year.

After about seven years, Barry started going to an endocrinologist. “My endocrinologist introduced insulin with my medication, until I was strictly on an insulin regime,” Barry explained.

By introducing insulin, his endocrinologist was addressing a larger issue at hand that had yet to be identified. As time went by, Barry’s endocrinologist noticed that his diabetes was acting differently than what she would normally see with someone at the same stage of type 2 diabetes.

Eventually, his endocrinologist gave him a simple blood test—nine years after he was initially diagnosed.

“She was under the impression that I had been tested for type 1 diabetes, but that test had never been done,” Barry said.

Barry considers himself lucky that he suffered no repercussions from the delayed diagnosis. Untreated type 1 diabetes can damage blood vessels, nerves, and organs and can lead to heart disease or stroke.

“I have a top-notch endocrinologist,” Barry recalled. “I heard about a person who was misdiagnosed as a type 2 diabetic when he was really type 1, and he spent 12 days in the hospital.”

Today, Barry works actively with the American Diabetes Association and has traveled to Washington, DC’s Capitol Hill to meet with lawmakers to advocate on behalf of people with diabetes.

Barry is also a member of a Rotary Club that aims to educate people about the disease. He and his colleagues work to get critical supplies and life-saving tests to diabetics who need them—especially children in developing countries. Additionally, he is a Patient Partner with the Society to Improve Diagnosis in Medicine. Through his advocacy, Barry shares his story with others and volunteers for research projects.

“Diabetes is manageable, but only if you have the right diagnosis and supplies. That simple test is one way to do that. Maybe it was because of my age, but if I had been given that test early on, it would have changed how I managed everything,” Barry said.

SIDM believes that patients’ views should be central to the design and delivery of research. To help encourage this vision, SIDM has developed the Patients Improving Research in Diagnosis (PAIRED) program.