Becoming Your Own Advocate 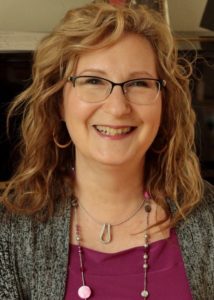 When Wendy Hayum-Gross couldn’t get over a nasty cough, she chalked it up to a bad case of bronchitis due to her intense work and Rotary Club schedule. She didn’t realize it would be the start of a weeks-long saga that would include multiple misdiagnoses and the overprescription of antibiotics, culminating in an almost-deadly case of septic shock.

After the cough persisted for weeks without abating, she decided to go to the doctor who prescribed her antibiotics and steroids.

“I started to feel better, but then 10 days later, everything felt worse again,” said Wendy. “I remember thinking, ‘I was on a good trajectory, what happened?’”

Wendy made a quick stop to see a physician’s assistant, a family friend. The PA assumed Wendy’s diarrhea and low-grade fever were the result of a stomach bug, so she prescribed more antibiotics and sent Wendy on her way.

Taking a Turn for the Worse

A couple of weeks later, Wendy’s condition still hadn’t improved. Her husband took her to Urgent Care, where she was prescribed more antibiotics. She had now been prescribed antibiotics three times in the period of just a few weeks.

In the days that followed, Wendy noticed that her appetite still hadn’t improved and that she had lost 15 pounds in six weeks. She was trying to stay hydrated by drinking Gatorade, but her upset stomach persisted: she realized she’d gone to the bathroom 27 times in one day.

“I’m a psychotherapist,” said Wendy. “I get paid to listen to other people’s concerns and put two and two together, but I didn’t know how to be my own advocate.”

A week later, Wendy could barely move. She went back to Urgent Care, where a new doctor immediately diagnosed her with clostridium difficile, or C. diff, a type of bacteria that often grows when the body’s good bacteria has been wiped out by antibiotics. It can lead to infections, inflammation of the gut or colon, and septic shock, which is the body’s often deadly response to an infection. Wendy had almost reached that life-threatening stage.

The doctor immediately took her off the antibiotics and prescribed her a new medication, one that Wendy said made her really sick about 30 years prior. She recalls the doctor telling her, “You’ll be fine. It’s been 30 years.”

The medicine made Wendy’s nausea and diarrhea even worse. She went back to the ER, where they gave her three bags of fluids, but she still wasn’t able to use the bathroom. “That’s how close I was to kidney failure,” Wendy recalled. They tried giving her the same medicine in an IV instead of orally, but she was still in pain.

“Finally, the night nurse looked at me and said, ‘I can’t give you another dose of this medicine,’” Wendy remembered. “He spent six hours trying to get my meds changed to something I could tolerate, and he was finally successful. I am so thankful for him.” Thanks to the new drugs and the attention of the night nurse, Wendy finally started to feel better.

Thinking back to several “what if” moments that could have changed that two-month ordeal, Wendy puts some of the blame on herself for not knowing how sick she truly was. Ultimately, however; it was the clinicians at the walk-in clinics and the Urgent Care doctors who never connected the dots between the severity of her symptoms and the overprescription of antibiotics.

“Everyone missed it,” Wendy said. “My change of symptoms and the list of other medicine I was on should have been big red flags for sepsis, but the doctors kept prescribing me antibiotics and medicine that made me sicker.” Still, Wendy trusted those doctors to listen to her and give an accurate diagnosis.

Wendy now takes her health into her own hands. When she feels she isn’t getting enough information from her doctors, she does her own research. Since the incident, she’s learned that the best thing she can do is change her diet. Now she eats less meat and more fermented foods to reintroduce healthy bacteria into her system and decrease the likelihood that she’ll ever need to go back on antibiotics.

Wendy also serves on the Society to Improve Diagnosis in Medicine’s Advisory Council, Patients Improving Research in Diagnosis (PAIRED). She encourages other patients to follow four simple rules that she learned from her diagnostic experience:

“It can be intimidating to question your doctor, but you have a right to challenge things and ask questions,” said Wendy. “You just need to know what questions to ask.”