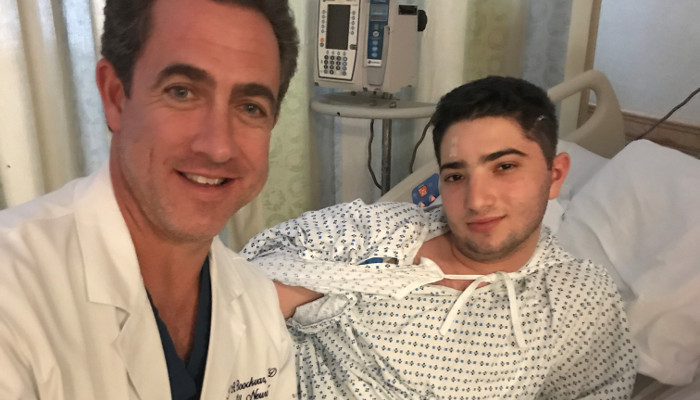 Jennifer Mizrahi remembers the first phone call from her daughter telling her, “Chasin is panicking!” He was in a store with his dad and his older brother and sister, and suddenly the 12-year-old felt “strange and nervous.” Jennifer tried to reassure Chasin over the phone, telling him to take a deep breath and to drink some water. The whole episode lasted less than a minute and then he was fine. No one paid much attention to this incident; it was a one-time thing.

Then it happened again a few months later.

This time Jennifer witnessed the whole episode unfold. “He got really nervous, and quickly rattled off, ‘Something’s wrong. I feel really strange, I need to take a walk, I need some water,’” Jennifer says. He looked alert and his eyes were wide open. Fifty seconds later, he felt fine.

The family pediatrician’s reaction was that all kids have a “little angst” and he thought it might be related to stress from Chasin’s parents’ divorce. He examined Chasin but never ran any tests. The pediatrician said he thought Chasin was experiencing panic attacks and supported the techniques Jennifer had already taught Chasin: breathe deeply, drink some water, and maybe go for a walk. The doctor didn’t think it was anything serious or dangerous. In fact, to make light of Chasin’s symptoms, he suggested they give the attacks a nickname, “Fred.”

The Roadblocks and the Signs

Over the next six years “Fred” would return, occasionally at first and then more frequently and in clusters — a few per day and then a few days’ break. But the length of the attacks never varied, 50-60 seconds.

Despite the fact that these episodes interrupted classes, games, and time with friends, they seemed to have little impact on the rest of Chasin’s day. He did well in class, his teachers were supportive, and his friends stuck by him. While his family was stressed, Chasin took it in stride. 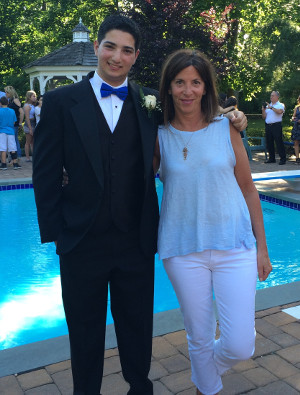 His mother didn’t. “I’m certain I spoke about this to my pediatrician fifty, sixty times,” Jennifer says. “There should have been a time when he thought that this is going on too long,” but he didn’t.

Convinced that Chasin’s symptoms were psychological, the pediatrician refused Jennifer’s repeated requests to bring in other types of medical specialists, including a pediatric neurologist. Why?

Diagnostic errors have many causes (See Dx IQ #1: The most important medical issue ever for details). But one of the most common types is cognitive bias, an error in how the doctor thinks about the diagnosis.

There are several possible types of cognitive bias at play here. One is known as anchoring bias. The pediatrician’s first impression was that Chasin was suffering from panic attacks. Nothing else he saw changed his mind, so the diagnosis was anchored there.

Another possibility is premature closure, selecting one diagnosis before ruling out others that can cause the same symptoms. For example, what Chasin experienced could also be explained by issues with his heart, lungs, thyroid, or brain. Yet, the pediatrician never tested for any causes of Chasin’s symptoms.

When Chasin's pediatrician decided he had the right diagnosis, he stopped listening to Jennifer's concerns. But, an accurate diagnosis depends on getting a complete account of the patient’s symptoms, says Richard McClead, MD, MHA, who is Associate Chief Medical Officer of Nationwide Children’s Hospital in Columbus, Ohio. One of the most common reasons patients of any age are misdiagnosed is because vital facts are missed. (See Dx IQ #3: Why Your Child is More Likely to Be Misdiagnosed Than You Are for details).

Jennifer continued to worry that something important had been missed. She took daily notes, and kept track of everything that she thought could possibly impact Chasin’s health. 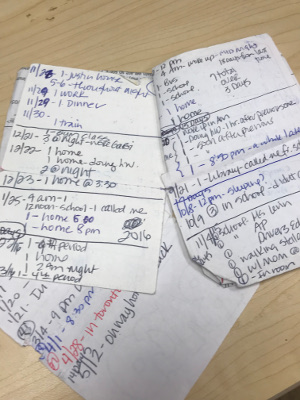 There were three things Jennifer kept noting. Chasin’s episodes always lasted a minute or shorter. They remained brief even as they happened more often. Most importantly Chasin repeatedly denied he felt any anxiety around the attacks. Jennifer raised these facts with Chasin’s pediatrician but he dismissed them as unimportant. In truth, they are not consistent with the diagnosis of anxiety and panic attacks and should have raised questions.

Without the pediatrician’s approval or referral, she took Chasin to see an adult neurologist. While he said he couldn’t treat a child, the neurologist listened and recommended Chasin see a pediatric neurologist and get a magnetic resonance imaging (MRI) scan of the brain.

Armed with that opinion, Jennifer called the pediatrician one more time. She insisted he send Chasin to a pediatric neurologist. He relented and made the referral.

The neurologist ordered an electroencephalogram (EEG), a test that tracks and records brain wave patterns. The EEG was normal and the doctor told Jennifer that Chasin was fine, that she agreed with the pediatrician’s diagnosis of panic attacks, and recommended therapy.

Jennifer says she dragged Chasin to therapy every other week for two years – costing her thousands of dollars. The therapy did nothing to stop the episodes.

They also saw a pediatric psychiatrist and a well-known anxiety specialist. Neither was able to help.

After years of worry and expense, with no answers and no path to answers, Jennifer just wanted to know, “What the hell is going on with my kid?” She felt “stuck in the mud” and “helpless.” Worrying for Chasin took over her life. “There wasn’t one second I wasn’t thinking about this.”

Though the attack clusters worsened, Chasin thrived in high school. He got good grades, took driver’s education classes, attended prom, and was accepted to an excellent New York state university.

A few months before Chasin left for college, Jennifer had what she called an “aha moment” as she watched him have an episode in a restaurant. She realized that in college he wouldn’t have family to support him, only strangers. “He broke my heart for six years,” she says, “and I had to get to the bottom of this” before he went away.

“The very next day I was on the phone with the pediatric neurologist,” Jennifer says. She pushed hard for an appointment as soon as possible. Once there, Jennifer says she insisted on an MRI before he left for school. The neurologist agreed, reluctantly.

The day after the MRI, the neurologist’s office called asking Chasin to return for an MRI with contrast. They had found a mass.

Chasin had a brain tumor that had been causing the seizures for six years. He had never had panic attacks or anxiety. After years of being dismissed, the family was relieved to have a correct diagnosis and happy to learn the tumor was benign.

It was a ganglioglioma, “an uncommon type of brain tumor, which can occur in the temporal lobe of children and young adults," says John Boockvar, MD, neurosurgeon and director of the Brain Tumor Center at Lenox Hill Hospital. "This particular type of tumor frequently causes seizures."

Seizure medicines were tried first but they were of little help. So, Dr. Boockvar and David Langer, MD, the hospital's chair of neurosurgery, removed the tumor surgically.

Today, Chasin is about to begin his junior year of college. He is interning at the same hospital where they treated his tumor. He is seizure — and anxiety — free.

There are a few key things you can do now to help get an accurate and timely diagnosis, before any trouble arises. These tips also work if your older child is in the middle of a diagnostic journey today.

If your child’s primary healthcare provider doesn’t offer a patient portal or easy access to their records, or if they bristle at being asked questions or getting corrected information, it might be time to find a new practice. And please share this article; it may help someone else.

The Society to Improve Diagnosis in Medicine (SIDM) catalyzes and leads change to improve diagnosis and eliminate harm from diagnostic error. We work in partnership with patients, their families, the healthcare community, and every interested stakeholder. SIDM is the only organization focused solely on the problem of diagnostic error and improving the accuracy and timeliness of diagnosis. In 2015, SIDM established the Coalition to Improve Diagnosis, to increase awareness and actions that improve diagnosis. Members of the Coalition represent hundreds of thousands of healthcare providers and patients—and the leading health organizations and government agencies involved in patient care. Together, we work to find solutions that enhance diagnostic safety and quality, reduce harm, and ultimately, ensure better health outcomes for patients. Visit our website at www.improvediagnosis.org, and follow us on Twitter or Facebook.

Dx IQ is made possible with funding from the Mont Fund and the Gordon and Betty Moore Foundation.

This work is licensed under a Creative Commons Attribution-NonCommercial-NoDerivatives 4.0 International License.

Republish our Dx IQ articles for free, online or in print, under Creative Commons license. Please do not edit the piece. Ensure that you attribute the author and mention that the article was originally published by the Society to Improve Diagnosis in Medicine. If you republish, we’d love for you to let us know by sending an email to info@improvediagnosis.org.

Get Dx IQ in Your Inbox

Sign-up to get the Society to Improve Diagnosis in Medicine (SIDM)'s regular Dx IQ column delivered directly to your inbox.

At SIDM, we are focused on raising awareness about the magnitude and impact of diagnostic errors as providing tools and resources to equip patients to participate in achieving an accurate and timely diagnosis.