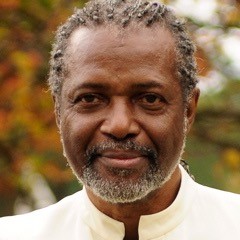 It all started with a fall.

Yogiraj Charles Bates knocked his head when he fell off a bench while he and his wife Vonda were visiting friends. Immediately after the incident, Yogiraj was disoriented, heard ringing in his ears and monitored it until the ringing went away.

“It seemed like all was well,” Vonda Vaden Bates recalls, “It was a month later that he started exhibiting symptoms which we didn’t associate with the fall at first.” Yogiraj had a dark spot pass through his vision for a few minutes. A couple weeks later, he became disoriented and started dragging his left foot.

He and Vonda called their doctor, who urged them to go to the emergency room immediately. It was there that doctors identified a subdural hematoma, or a bleed in the brain. It was small and never broke skin, but Yogiraj had been bleeding from his fall for more than a month.

Yogiraj went into surgery the next day. His surgical team thought they might be able to drain the blood through a small burr hole, which would relieve pressure from the brain, but his surgery turned out to be more complicated. They needed to conduct a craniotomy and cut through his skull, making the procedure longer and more serious.

His care team and Vonda were hopeful when Yogiraj came out of the surgical room. His team confirmed that the bleed was fixed and were confident that he would make a full recovery.

But Yogiraj started experiencing complications. Over the next two weeks, he experienced spells where he’d face several hours of anxiety in the chest, continued left-side numbness, and painful calves. His care team addressed each of these symptoms individually, but he continued to deteriorate. On Father’s Day, he experienced his first of two seizures where he lost consciousness and his muscles stiffened and spasmed.

“They ran test after test, but no one put together that all of these post-surgery incidences were connected,” Vonda explains.

Yogiraj had a second seizure the next day. As the medical team responded to a code blue, a doctor mentioned to Vonda that this might be a blood clot in the lungs. Vonda recalls the doctor telling her that these usually don’t end well, and he could die.

Vonda accepted the hospital’s offer to provide an autopsy. The medical examiner confirmed that her husband had died from a pulmonary embolism (PE), an artery blockage, caused by deep vein thrombosis (DVT), or a blood clot.

Vonda came to discover that DVT is one of the most common preventable hospital deaths. Something as simple as wearing compression socks during Yogiraj’s recovery could’ve perhaps changed his outcome.

“If I had known about it, I would’ve asked about it,” Vonda says, “Early detection is very important. Looking back, there were plenty of signs that he had DVT.” She wishes that the hospital had protocols in place to assess the risk, order and administer appropriate treatment given his high risk, connect his clear symptoms of DVT and PE to diagnostic exams appropriate for discovering the blood clots, and address DVT prevention throughout his recovery from surgery. “They didn’t prioritize DVT at this hospital, and they did not consider blood clots until he was dying,” she explains.

Today, Vonda works with the Society to Improve Diagnosis in Medicine and Patient Safety Movement Foundation to tell her husband’s story, in the hope that it prevents this from happening to someone else and their loved ones. She is co-chair of a few committees on DVT prevention, person and family engagement in hospitals, and healthcare safety and uses social media to educate the public. She’s holding discussions about patient safety with the hospital where her husband died.

Explaining her involvement and commitment to this issue she says, “This could’ve happened at any hospital or healthcare facility across the country. I want to help change that.” 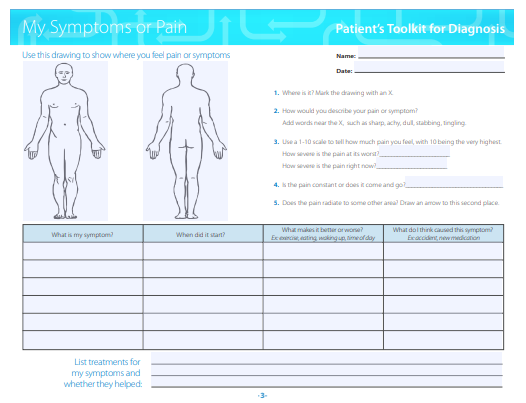 Use SIDM's Patient Toolkit for Diagnosis to prepare for your next medical appointment and enhance your partnership with medical professionals.