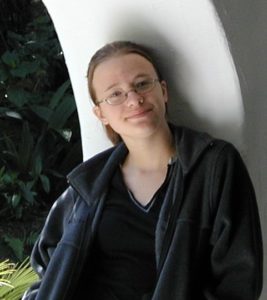 Julia Berg was a perfectly healthy 15-year-old from Minnesota enjoying her summer vacation and looking forward to the fall swim season. As July was winding to a close, she began to feel under the weather. She was lethargic, had a sore throat and a fever. When her nose started bleeding and wouldn’t stop, her parents took her to an urgent care clinic.

There she underwent a litany of tests, including a test for mononucleosis, which came back negative. Doctors eventually concluded that she had a kidney infection. She was sent home with an antibiotic and an order to rest and see her regular pediatrician a few days later.

Julia and her parents visited her pediatrician later that week for a follow-up before leaving on vacation the next day. “Things got better over a few days,” her mother, Welcome Jerde, recalled. “She was less lethargic, drinking more liquids, and was beginning to feel like herself again.” Although she was feeling better, she flinched when the pediatrician touched her side. After a CT scan, the doctors concluded that it wasn’t a kidney infection, but a gallbladder infection instead. She was admitted and tentatively scheduled for surgery the next day.

Julia was placed on a limited liquid diet to prepare her for surgery, but her platelet levels were too low and her surgery kept getting pushed back until they stabilized.

Missing What Lies Underneath

“Over the next several days, as doctors picked up her chart, they looked at it and would say ‘that’s weird.’ They said it several times,” Dan Berg, her father said. “She had a series of tests but there didn’t seem to be more clarity about the cause of her inflamed gallbladder.”

Late in the afternoon and five days after admission, Julia underwent an ERCP procedure to assess her bile duct—which carries bile released in the gallbladder to the small intestine to help with digestion—before the expected surgery the next morning. The gastroenterologist noted that the duct had been difficult to assess, and he didn’t know if the surgery should go forward. He said that he and the surgeon would consult in the morning.

“The next day we didn’t hear anything for several hours, not until a nurse said they were going to prep Julia for surgery,” her mother said.

The surgeon explained that he had talked with the gastroenterologist and they decided that Julia’s gallbladder would be removed and a liver biopsy taken to see if they could identify an underlying cause. The surgery proceeded as normal, and although her hemoglobin was low, she was awake and conversational.

Soon after returning to her hospital room, Julia’s blood pressure dropped, her heart rate increased dramatically, and she had pain radiating from her chest—far from the surgical point.

“I tried to point out the monitors to a nurse, but the nurse dismissed me and said that it’s not my business to check the monitors,” Welcome said. “So I just kept reassuring Julia that everything would be okay.”

Nearly immediately, Julia began to code. Welcome was pulled out of the room. Dan, who had left to pick up their other daughter, was called back and found a crowd outside Julia’s room.

An autopsy revealed that she had been subject to a raging Epstein-Barr infection, or mononucleosis. Although the urgent care clinic recommended a follow-up test for mononucleosis to rule out a false negative, the test was never done. Disseminated Intravascular Coagulation, or internal bleeding, was listed as Julia’s cause of death.

In the weeks following Julia’s death, the Chief Medical Officer and the hospital CEO apologized to her family. “They were accepting of responsibility, acknowledging that the system had failed Julia and our family,” her father said.

Several weeks after her death, the hospital convened a meeting with Julia’s parents and nearly all the doctors involved with Julia’s care. They discussed what happened, answered the family’s questions, and expressed their regret. Both immediately and in the years since Julia’s death, the hospital has made procedural changes to better prevent this from happening to another patient. The earliest changes included an immediate response system when a family member signals to hospital staff that they believe a patient may be in distress.

Her parents have used Julia’s story to teach University of Minnesota medical students about acknowledging uncertainty and resisting the risks of diagnostic error. They’ve worked with doctors and national organizations to present her case at hospitals and medical conferences.

Have You Been Affected by Diagnostic Error?