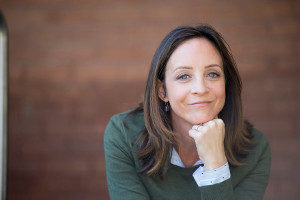 Jennifer Campisano first noticed the lump in her breast when she began breastfeeding. Her OB-GYN said it was probably an infection and instructed her to take Tylenol. When the lump didn’t go away, Jennifer went to a different doctor who told her it was nothing, but that she should make an appointment with a surgeon to remove it after she was done breastfeeding.

“They weren’t listening to me,” said Jennifer. “I started to believe that it was just a cyst.”

Three months after she initially brought up her concerns, Jennifer finally saw a surgeon who scheduled her to see a radiologist that same afternoon. The radiologist immediately expressed concern and suggested a biopsy, which confirmed her fears: she had a tumor. Because it was so large, they also did a positron emission tomography, or PET scan, which showed spots on her lungs, chest wall, and spleen. She had stage 4 breast cancer at 32 years old.

From a Clean Bill of Health to Chemo

Jennifer started chemotherapy as soon as possible. She received targeted treatments for three months, which appeared to have worked after a PET scan showed that the cancer was gone.

As a measure of precaution, Jennifer underwent a bilateral mastectomy the next month and continued five weeks of radiation treatments. However, at her next checkup, a new scan showed that the spots in her chest and spleen had returned. Thus, the cycle repeated itself: Jennifer began chemo, had a clear PET scan, but showed spots at her checkup three months later. She took targeted chemo every three weeks for nearly three years. Throughout that time, her scans were clear.

In January 2016, Jennifer noticed a spot on her elbow. Her dermatologist performed a biopsy and determined that it was sarcoidosis, an autoimmune disease that inflames organs in the body—but mostly lungs and lymph nodes. Her oncologist immediately suggested taking her off chemo to treat it.

“I said, ‘I’m not comfortable getting off chemo because of a spot,’” said Jennifer. “The average lifespan for someone with stage four breast cancer is three years and I’d already beat the odds.” So, her doctors performed yet another scan to make sure the cancer was gone, and it showed spots again for the first time in three years.

Sarcoidosis can mimic cancer, especially on things like PET scans, because of the masses that typically form in the lungs. Jennifer’s doctors performed a slew of other tests: an MRI of her spine, an ultrasound of her pelvis, and a biopsy of her lung, which confirmed that she had sarcoidosis, not cancer.

The news frustrated Jennifer. She likely started with stage 2 or 3 breast cancer, and the spots in her lungs were probably sarcoidosis all along—meaning she endured over four years of chemo that she didn’t need. Sarcoidosis had been mentioned as a possibility back in late 2013, in a doctor’s footnote: “My radiologist said [my illness] wasn’t behaving like typical cancer, so I asked my oncologists about it,” she said. “I remember he said, ‘there’s something called sarcoidosis, but it’s extremely rare, so we should stay on chemo.’”

The whole experience was overwhelming to Jennifer, especially as she juggled being a first-time mom with a six-month-old baby. “I was 32 and had no idea what kind of questions to ask.”

When she was first diagnosed, her doctors assumed her tumor was metastatic because of its size. She didn’t think to question her surgeon, radiologist or oncologist, all of whom said she had stage 4 cancer. They sprang into action with treatments, and she thought they were moving fast to help her. But in hindsight, Jennifer wished that there had been a moment of pause.

“I wish they had biopsied my lung spot from the beginning, because once the spots showed in other places, like my chest, they couldn’t get to them,” she said. “I just wish we’d slowed down to double-check.”

Now, Jennifer knows what kinds of questions to ask her doctors. She pushes for doctors to spend more time with their patients after they’ve delivered the diagnosis. “My surgeon was great about this,” Jennifer says. “She talked for an hour on a Friday evening—walking us through treatment and what she could do surgically. It was the one time I felt cared for as person and not just a patient.”

Now, with a one-year-old and an almost eight-year-old, Jennifer has taken her advocacy to a new level as a member of the Board of Directors for the Society to Improve Diagnosis in Medicine (SIDM).

“I want to advocate for both patients and doctors to look at more than one thing, because as I know all too well, being diagnosed with one condition doesn’t necessarily rule out having another,” said Jennifer.

Engage in Your Healthcare