From Eye Procedure to Kidney Cancer 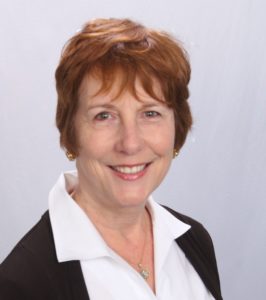 Peggy Zuckerman didn’t expect anything out of the ordinary when she went in for a blood test to prepare for a cosmetic eyelid procedure. When the results came back, she learned that her hemoglobin, or blood count, was low. As she would later learn, a normal hemoglobin count is defined as around 12, and hers was a measly 6.6. She was sent straight to the ER by her general practitioner.

She was seen by an emergency room doctor who admitted her to the hospital for two days, where she received three units of blood. Assigned a gastroenterologist for care, she underwent an endoscopy and colonoscopy, and was diagnosed with an ulcer.

“I was sent home and told to eat better, but my hemoglobin never improved,” Peggy recalled.

Peggy took the doctor’s advice to heart and began to eat healthier. She visited her primary care physician several times following her initial visit to the ER and found that her hemoglobin levels were still not improving. With the gastroenterologist she had a litany of tests—including two endoscopies and a small bowel study—with no conclusive results.

“I was losing weight, and not in a healthy way,” Peggy explained. “I was eating a balanced diet, and taking iron pills, but I was waking up with night fevers and wasn’t improving.”

After examining Peggy’s family history, which included an alcoholic parent, the gastroenterologist shifted the diagnosis to cirrhosis of the liver, a degenerative disease that occurs when healthy cells in the liver are damaged and replaced with scar tissue. It’s a condition that would have been expected if she had alcoholism or hepatitis C, but she had neither.

The gastroenterologist ordered a liver biopsy to confirm the diagnosis. In preparation for the biopsy, Peggy had an ultrasound. It was then, a full eight months after she entered the ER for the first time, that they discovered the mass in her kidney.

“My gastroenterologist never did a physical exam,” she said, “And it was a softball-sized mass, you could feel it.”

Peggy’s physician recommended she see a urologist as soon as possible. Frustrated at the hospital, her physicians, and her care thus far, she traveled to the Mayo Clinic for further treatment. Upon arrival, she learned that not only did she have a mass in her kidney, but it had already metastasized through her lungs. The metastases in the lungs were visible in the CT scan, but the local doctor had not told her that.

She had stage IV kidney cancer.

Following a surgery to remove the tumor and her right kidney, Peggy entered a kidney cancer treatment approved by the FDA in 1992. This was high-dose interleukin, one of the first immunotherapy treatments available for cancer. It had a complete response rate of just 7%, and a similar percentage for a partial response, but it was the only FDA-approved treatment available. Peggy was one of the lucky ones who responded to treatment, which has lasted over 14 years.

Looking back, Peggy learned that her diagnosis had been delayed due to mismanaged medical records and information. When she entered the ER for the very first time, the admitting doctor recommended she be seen by a rheumatologist or a hematologist, which did not occur. As far as Peggy is aware, the GI physician who diagnosed the stomach ulcer either never saw her pathology of the ulcer report, or chose to ignore it. That pathology report clearly indicated there was no ulcer, nor H. pylori, which is very often associated with stomach ulcers.

“What would have happened if I had all of my medical records in hand after I left the hospital?” Peggy recalled, thinking of the hematology recommendations and the lack of any stomach ulcer. “It would have changed how I approached my care.”

Fifteen years later, Peggy is an advocate for kidney cancer patients and survivors. She provides a list of questions for them to ask their doctors and pushes them to get the right imaging. She runs a small kidney cancer library out of her home, where she provides resources to patients who may have questions about their conditions and want to steer their oncologist towards a new treatment. She is also involved in reviewing clinical trial design and patient-facing materials.

She advocates for patient access to medical records and believes in patients’ rights to be active participants in their care and diagnosis. When she entered the ER for the very first time, she had no idea she could request her records, and she never wants others to encounter the same issue.

“The patient can play a role in the diagnostic process if they are given all of their information,” she said.

Together, we can find solutions that increase diagnostic accuracy and timeliness and ultimately ensure the best possible health outcomes for patients.

Learn more about what SIDM is doing to improve patient safety and stay up-to-date on the latest advancements in reducing diagnostic error by joining our mailing list.