A Harrowing Cancer Journey during Pregnancy Follows a Delayed Diagnosis 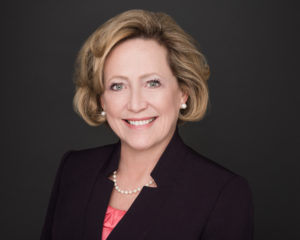 Lisa Simpson is a pediatrician, an esteemed health services researcher, and proof that diagnostic errors can happen to anyone.

Typical of women with small, dense breasts—a condition known as fibrocystic disease—Lisa has cysts in her breasts. Because of this Lisa routinely gets an ultrasound of her breasts in addition to the typical mammogram. It was during one of these routine visits in early 1999 that she and her doctor noticed that a cyst she’d had for almost 15 years seemed larger than usual.

The doctor ordered a fine needle aspirate to draw out some tissue for examination to make sure it was not malignant. The doctor called Lisa when he received the results, which showed an insufficient sample, and suggested a wait-and-see approach. The cyst was acting benignly, and the doctor wasn’t worried about it being malignant.

Even with all her knowledge, Lisa’s instinct was to trust her doctor and she agreed to his wait-and-see recommendation.

“He was the expert in breast disease. If he was comfortable with waiting, why second guess him?” Lisa recalls. “So, we left it at that.”

Lisa and her husband went on to pursue their dream of having children and began the arduous journey of fertility treatments. By the fall of 2020, they would find out that they would be having twins.

Lisa’s busy life did not stop after the news that she and her husband would soon be the parents of twins. She continued to crisscross the country to attend conferences and meetings in her role as a leader in the field of health services research.

It was on one of these trips in November of that year that Lisa noticed that the area of her breast that had the cyst was reddish, warm, and tender to the touch, and a bit harder.

“I wasn’t sure if these changes to my breasts were typical during pregnancy,” said Lisa. “It was noticeable though, so I pointed it out at my next visit to my maternal-fetal medicine specialist a week after getting back from my trip.”

The doctor sent her to a specialist to get a biopsy and on December 1, 2000 she was diagnosed with breast cancer.

How The Medical Record Revealed the Error

After the diagnosis, Lisa requested and received her paper medical records. In them she found something surprising. When she underwent the fine needle aspirate the prior spring, the first page of the lab report said it was an inadequate sample, but there was a second page. It said ‘inadequate sample with metaplasia’—i.e., abnormal cells—with the recommendation that Lisa undergo a biopsy.

Lisa sees this as a combination of system and human error. The biopsy recommendation may have been poorly communicated to her doctor, and the doctor probably made the simple mistake of not turning to the second page of the lab results after seeing the ‘inadequate sample’ note on the first page coupled with the cyst acting benignly upon examination.

The delayed diagnosis was a mixed bag for Lisa and her family.

“If we’d arrived at the correct diagnosis in the spring, we likely wouldn’t have tried to get pregnant,” said Lisa. “But having cancer and undergoing the required chemotherapy and surgeries during the pregnancy was the hardest year of my life.”

Looking back on her experiences, Lisa has an important piece of advice for others in her shoes, “You are the expert on your own body,” she said. “You know when something feels off or has changed and it is important to be proactive and get it checked.”

She noted that everyone, including clinicians, can make mistakes and that systems are prone to glitches—as in her case when the doctor missed the biopsy recommendation that may have been poorly communicated to him by the laboratory.

Lisa is thankful that health care has moved into the era of electronic health records and Open Notes, thanks to the advocacy efforts of patients and providers. It has increased transparency significantly and provided opportunities to immediately review doctor visits—something Lisa didn’t have the luxury of back in 1999. It shouldn’t be all on patients to catch system and human errors, but now there are tools at their fingertips to play a more active role in their care.

Lisa now keeps these lessons in mind while serving as the president of AcademyHealth, the leading national organization that supports researchers studying how health care is delivered, how it works, and how much it costs.

“I work every day to make sure our field is driven by and centered on questions that matter—like those of a patient going through the diagnostic process,” she said.